The first time we met Ohm (Patipan) was at the Operation Smile Thailand surgery mission at Sappasiti Prasong Hospital in Ubon Ratchathani in September 2013, where he received a surgery. He was five months old at the time and suffered from cleft lip and a small tumor at the nose.

Ohm’s given name is Patipan, but as most others in Thailand, he got a nickname shortly after birth, and everyone calls him Ohm. He lives with his mom and dad about 50 km outside the center of Ubon Ratchathani in Thailand.

Ohm’s mom and dad were very young when they became parents. His mother, Khun Kanchai, was only 16 years old and his father was 18.

The parents found out that Ohm had a cleft first when he was born. They became sad and worried, as all they wanted for their child was to be normal just as other kids. However, soon they learned from the doctor that the cleft could be repaired. Their next big worry was that they could not save enough money to pay for the surgery, and they considered if they had to sell their rice field to finance the operation. They therefore felt very happy to know about the OST surgery missions where the patients receive the surgery free of charge.

After the surgery Ohm eats more, especially rice that he loves.

Ohm’s mom, Khun Kanchai, says thank you very much to the medical team and everyone else that helped so her son could get surgery. She also tells she hopes that this project will go on so that other poor people can get the same help as Ohm got.

After our first meeting with Ohm and his family at the hospital in Ubon Ratchathani, we have visited Ohm two times in his home. It was fantastic to see him again. He is without doubt a very active, handsome and happy little boy. Ohm has now moved to another part of the country for a period, but plan to move back to Ubon Ratchathani again soon. We hope to be able to visit him again then.

We have selected a collection of photos of Ohm, his family and our meetings with them in the gallery below. You can also meet Ohm and his family in several of our videos here:
Surgery mission at Sappasiti Prasong Hospital in Ubon Ratchathani in September 2013 when Ohm and 79 other cleft patients had their surgeries.

KAFK visits five of the patients in their homes seven months after their surgeries in Ubon Ratchathani 2013.

Short video about Ohm and his family: 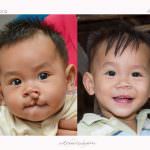 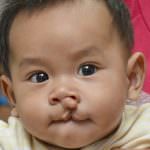 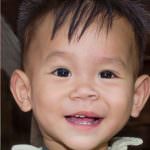 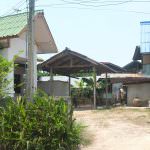 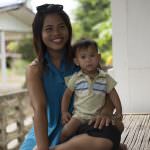 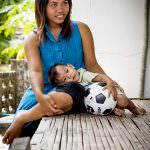 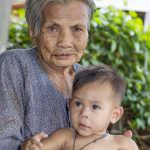 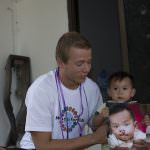 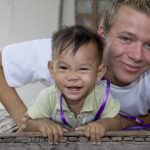 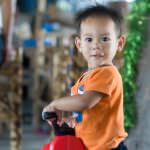 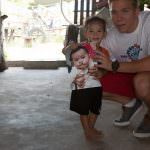 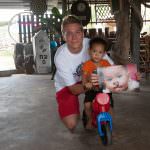 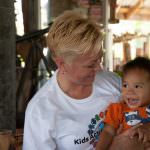 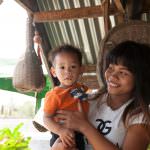 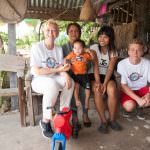