Mark owns and operates the popular The Slider Shack right outside of Nichada Thani, serving the best American food and drinks in town. For a long time now he has been a big Kids Action for Kids Supporter. Mark’s good friend and author, Janet Brown, once donated a batch of books to Mark to sell to raise funds for KAFK, and those books all sold out quickly – now he has re-stocked on the two best selling books to keep raising money for our cause.

The two books he has are “Tone Deaf in Bangkok” and “B is for Bangkok”, both by Janet Brown, who herself has spent a lot of time in Thailand and wishes to give back to such a welcoming people. KAFK and of course the children themselves thank Janet very much for her generosity and thoughtfulness through donating these books to be sold for a good cause – thank you, Janet. Mark is charging a “minimum donation” of 300 THB for the books, but welcomes any larger amount.

Stop by The Slider Shack for some great American food and drinks, and purchase a book or make a donation to Kids Action to Kids if you want.

Thank you, Mark, for your non-stop support and hard work. 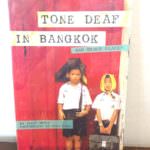 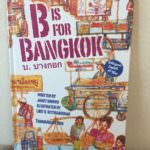 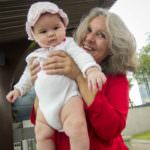 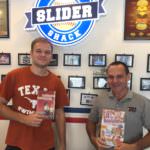