Nyi Nyi Tun, 8 years old and in the second grade when we first met him, was born with severe cleft lip and palate, causing his gums and teeth to protrude from the front of his mouth. However, that didn’t dampen his spirit when he was at the hospital in Pyin Oo Lwin for his first surgery. He had high energy and high hopes for a fixed smile, as did his father who accompanied him to the hospital. He also tells us he enjoys playing soccer and caneball in his hometown Thanbyuzayat in Mon State. They said they hope the surgery can provide a better social life for Nyi Nyi Tun, and help him feel more confident is his daily life.

Nyi Nyi Tun returned to the post-op to check on his recovery one month later, and we again had a chance to catch up with him. Even though he will likely require more surgery to fully fix his cleft condition, he and his father said he is already feeling more confident and speaking more clearly, and he has less problems eating and drinking. His father says friends and family have commented that he looks much better too! His family thanks all supporters of KAFK and Operation Smile Thailand for funding and providing this surgery, as without it they had no other options. 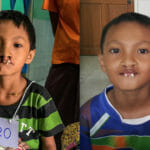 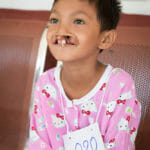 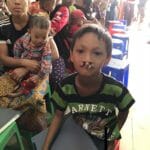 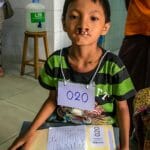 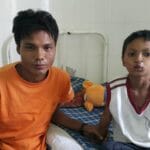 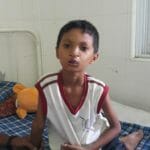 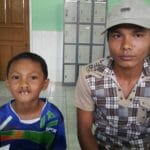 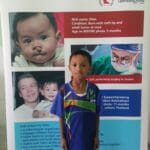